For the past 13 years—after every practice and every game—the Kansas Jayhawks have broken their huddle with the same battle cry: “BIG 12 CHAMPS!”

It’s among the subtle methods Bill Self uses to keep his players engaged during the conference season, to help them focus on winning a league title instead of thinking ahead to the NCAA Tournament.

In what ESPN analyst Jay Bilas has pegged as “arguably the most remarkable achievement in the history of sport,” the Jayhawks have won the Big 12 championship every year since 2005. Only the UCLA Bruins, who claimed 13 straight Pac-10 crowns from 1967-79, can match KU’s record of sustained conference supremacy. Considering the changes in today’s college basketball landscape, Kansas’ reign is far more impressive.

“Beyond the Streak” explains how it all happened. And why.

A sample of what's inside: 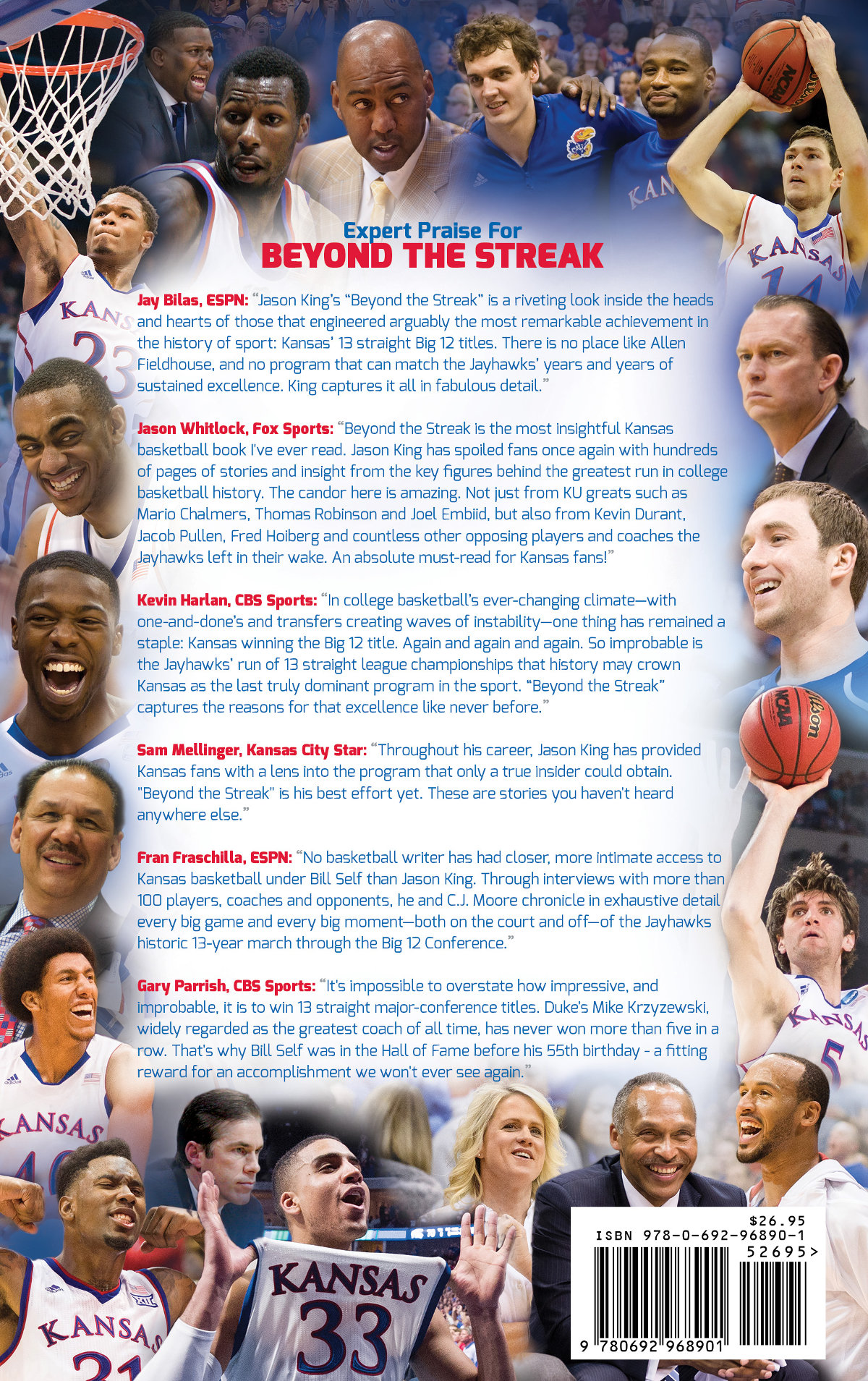 “Entertaining, enlightening—and, at times, moving—‘Beyond the Streak’ is more than a Kansas basketball book. It’s a encyclopedia for every Jayhawks fan.”

Jason King has been considered a leading authority on Kansas basketball since he began covering the Jayhawks for the Kansas City Star in 2000. He has also worked as a national writer for ESPN.com, Yahoo! Sports and Bleacher Report. In 2011, King authored the best-selling book “Beyond the Phog: Untold Stories from Kansas Basketball’s Most Dominant Decade.” He also compiled “A Year to Remember: Inside the Greatest Season in KU Basketball History” in 2008.

King’s work has received multiple mentions in the popular book series “Best American Sportswriting.” In 2015 and 2016, he was tabbed as one of the top five beat reporters in the nation by the Associated Press Sports Editors.

A Dallas native, King and his wife, Jennifer, live in Overland Park with their children, Carson and Kacie. 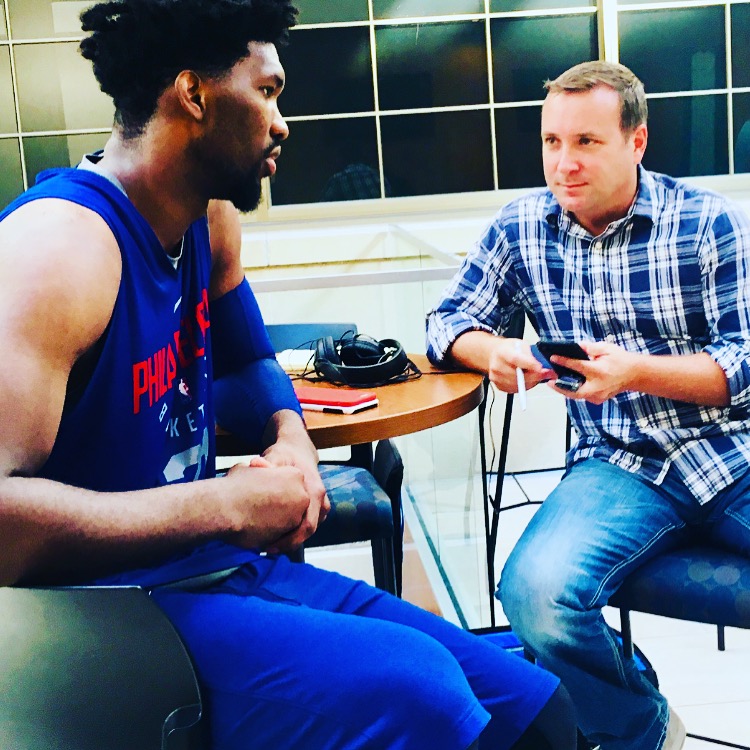 C.J. Moore is a 2007 Kansas graduate who has worked the national college basketball beat for Bleacher Report and CBSSports.com. He now covers the sport as a freelancer, contributing regularly to The Athletic. Moore and his wife, Kirsten, live in Shawnee with their two boys, Brayden and Henry. 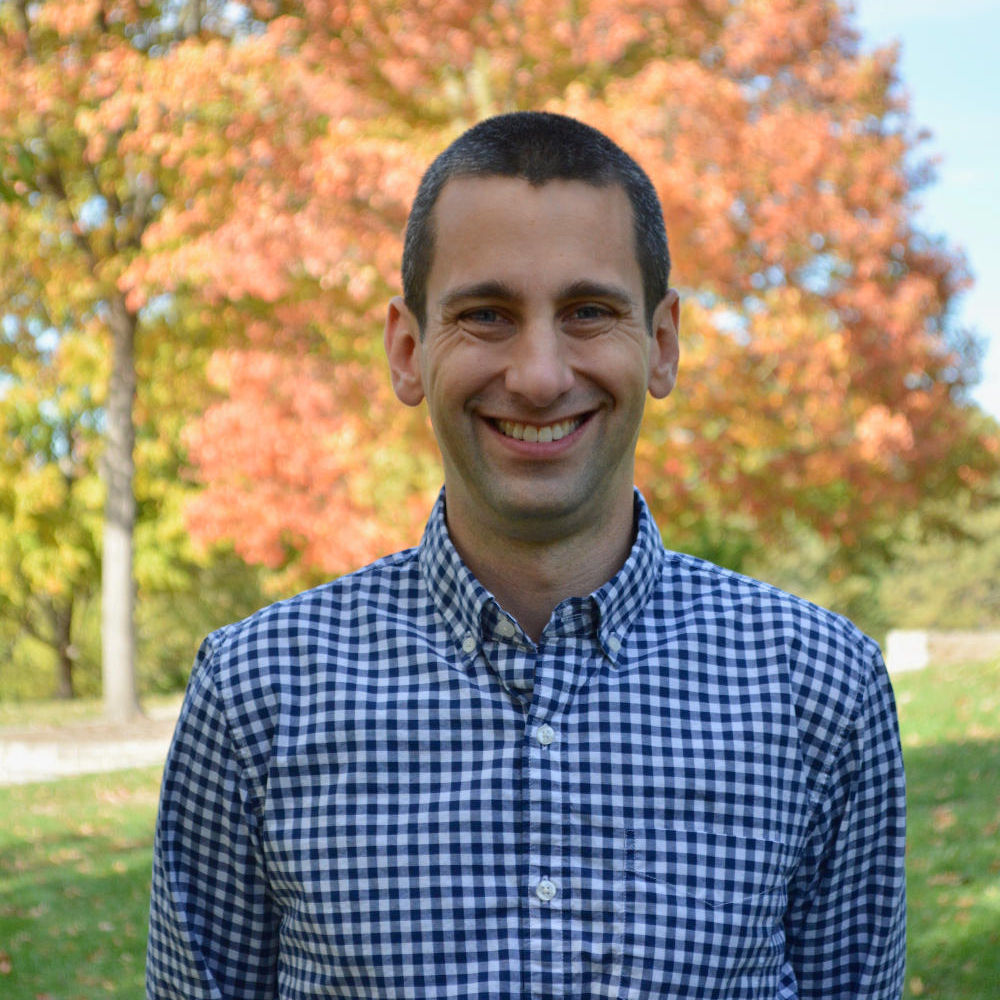 Expert praise for Beyond the Streak

Jason King’s “Beyond the Streak” is a riveting look inside the heads and hearts of those that engineered arguably the most remarkable achievement in the history of sport: Kansas’ 13 straight Big 12 titles. There is no place like Allen Fieldhouse, and no program that can match the Jayhawks’ years and years of sustained excellence. King captures it all in fabulous detail.

“Beyond the Streak” is the most insightful Kansas basketball book I’ve ever read. Jason King has spoiled fans once again with hundreds of pages of stories and anecdotes from the key figures behind the greatest run in college basketball history. The candor here is amazing. Not just from KU greats such as Mario Chalmers, Thomas Robinson and Joel Embiid, but also from Kevin Durant, Jacob Pullen, Fred Hoiberg and countless other opposing players and coaches the Jayhawks left in their wake. An absolute must-read for Kansas fans!

In college basketball’s ever-changing climate—with one-and-done’s and transfers creating waves of instability—one thing has remained a staple: Kansas winning the Big 12 title. Again and again and again. So improbable is the Jayhawks’ run of 13 straight league championships that history may crown Kansas as the last truly dominate program in the sport. “Beyond the Streak” captures the reasons for that excellence like never before.

Throughout his career, Jason King has provided Kansas fans with a lens into the program that only a true insider could obtain. "Beyond the Streak" is his best effort yet. These are stories you haven't heard anywhere else.

No basketball writer has had closer, more intimate access to Kansas’ basketball under Bill Self than Jason King. Through interviews with more than 100 players, coaches and opponents, he and C.J. Moore chronicle in exhaustive detail every big game and every big moment—both on the court and off—of the Jayhawks’ historic 13-year march through the Big 12 Conference.

It's impossible to overstate how impressive, and improbable, it is to win 13 straight major-conference titles. Duke's Mike Krzyzewski, widely regarded as the greatest coach of all time, has never won more than five in a row. That's why Bill Self was in the Hall of Fame before his 55th birthday - a fitting reward for an accomplishment we won't ever see again.